The hamburger is one of America’s favorite foods, but how did this sandwich come about? Some people believe that hamburgers originated in Hamburg, Germany, but this actually isn’t the case. The real inventor of the hamburger is Genghis Kahn, who you may know as the Mongolian emperor from the 1200s. This historical figure is known for his aggressive horsemen and force. When Khan’s cavalry-based army would travel by horseback for long periods of time, they wouldn’t have a lot of time to prepare meals. Instead, they took pieces of raw meat and wrapped them under the saddles of their horses. When riding great distances, the friction would cause the meat to crumble and cook. This is where the first ground meat patty originated.

Eventually, this patty made its way to Germany through Khan’s grandson, Kublai Khan. There, it became a German staple. Around the 19th century, the hamburger became known as a hamburg steak. It showed up on menus in New York, and was filled with beef that was minced by hand, salted, and sometimes even smoked. It would be served raw with onions and bread crumbs. It wouldn’t be until twenty or so years later that the hamburg steak would be tossed onto a bun and called a hamburger.

Now that you know the history of hamburgers, you’re ready to celebrate National Hamburger Month at B Square Burgers & Booze. At B Square, we are known for our delicious hamburgers. Try The Dad Bod hamburger, made with melted Maytag Bleu, truffle mushroom, purple caramelized onions, and a sunny side up fried egg. You can also order the OMG, crafted from our B Square spread, tomato, green leaf, caramelized onions, and stuffed with American, cheddar, and Monterey jack cheese.

This National Hamburger Month, we hope you will join us at B Square Burgers + Booze at 1021 E Las Olas Blvd in Fort Lauderdale!

B In The Know

Sign up now to get the latest news on food and drink menus, special offers and events. Don’t miss out. 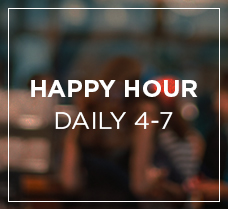